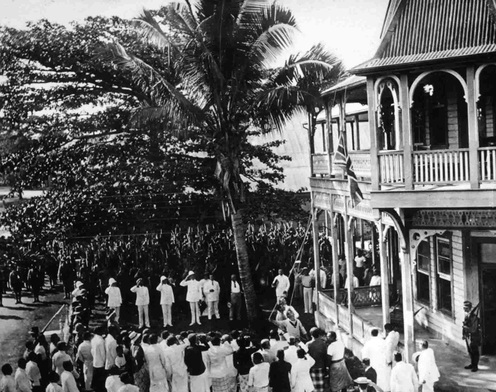 New Zealand's first military action in World War I was capturing German Samoa. On 7th of August 1914 the British government issued that New Zealand needed to take the island, so as to disrupt German Forces in the Pacific. A 1000 man force sailed on 15th of August 1914 from Auckland. This force was made up of the 3rd Auckland Regiment, New Zealand Artillery, New Zealand Medical Corps, and British Sailors. The convoy stopped in Fiji to collect native guides and auxiliaries. The New Zealanders landed at Apia Beach on 29th of August 1914. Officers from New Zealand and German officials discussed terms under a flag of truce. Although European Germany refused to officially surrender the island, the local German Samoans offered no resistance. The capture took place without any loss of life on the 30th of August 1914. 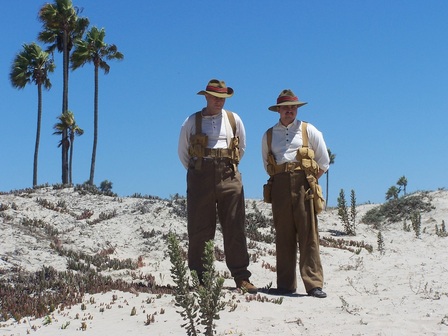 Members of the 3rd Auckland recreated the "Liberation" of German Samoa on the 100th Anniversary, August 2014. 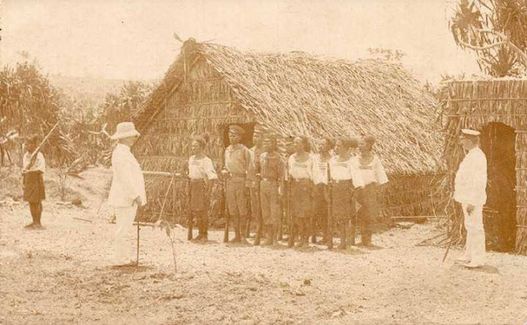 The German Samoa Polizeitruppe (and native Fita-Fita's). The Polizeitruppe was run by white German officers (colonial and European born) and was responsible for keeping order in German Samoa. They were also responsible for armed defense of the colony in case of invasion. The white officers were in charge of the native Fita-Fita's (or Lava-Lava) warriors. When the Europeans first arrived, rather than force an armed conflict, it was figured they were best used to help defend the colony. They had an active force of about 100 men at any time.